Our monthly economic review is intended to provide background to recent developments in investment markets as well as to give an indication of how some key issues could impact in the future.

It is not intended that individual investment decisions should be taken based on this information; we are always ready to discuss your individual requirements. We hope you will find this review to be of interest.

In the latest ‘Household Finance Index’ from IHS Markit (HFI), released in mid-February (which is designed to anticipate the change in consumer spending behaviour), it was disclosed that their research has shown the strongest upturn in workplace activity for 14 months, as job insecurity continues to recede and income levels have increased since the turn of the year.

However, offsetting this good news is both higher inflationary pressure, with the CPI rising in February, and overall living costs also rising at their fastest pace since April 2013.

The net result of which is the fact that household finances are being squeezed at their second-largest rate since August 2014.

The seasonally adjusted HFI itself was calculated at 42.5 points, down from 43.6 in January. Any reading below 50.0 indicates an overall decline in respondents’ perceived financial well-being. Looking forward, the seasonally adjusted index, which measures the “expectations for finances in 12 months’ time”, sat at 48.3, down from the 48.5 recorded in January and sitting below the important 50.0 mark for the 11th consecutive month.

Interestingly, there also appeared a strong divergence of opinion between workers in the private and public sectors, with those in the private sector appearing far more upbeat about their personal household finances, whilst public sector workers remained more pessimistic.

IHS Markit’s Senior Economist, Tim Moore, said of these latest results: “Looking ahead, the outlook for financial well-being and consumer spending will depend on households’ ability to weather a sustained period of rising living costs. This can already be seen in the clear divergence between financial expectations of private sector employees and other UK households…”

Continuing the good omens for the UK economy, Gross Domestic Product (GDP) has increased by 0.7%, according to the latest official estimate from the Office for National Statistics (ONS). This is an improvement from their previous forecast of 0.6%. They cite a marked improvement from the manufacturing sector as a major factor.

However, at the same time the ONS also adjusted down their overall growth figures for the UK for the whole of 2016, from 2% to 1.8%. The UK will, therefore, lose its boast of having the fastest growing economy of any G7 country, having fallen just short of Germany’s projected forecast of a 1.9% GDP figure.

The initial uplift in the UK’s GDP was attributed to an improvement in the manufacturing sector, the overall downgrade is a result of a lower revenue stream from North Sea oil and gas production in the first half of the year.

John Hawksworth, Chief Economist at PwC commented: “Excluding oil and gas output, estimated UK GDP growth might actually have been revised up in 2016.”

Given that this ONS report was the second revision of the GDP figures, their third such iteration will not take place until 31 March, which will follow the Chancellor of the Exchequer, Philip Hammond’s Spring Budget on 8 March, post this publication.

On the negative side, the ONS also disappointingly highlighted an overall fall in business investment, particularly noting the “subdued growth” in investments in information and communications technology equipment, other machinery, and equipment sectors.

All the equity markets covered here maintained their bullish stance in February as the world digested the events following Donald Trump’s triumph in the US presidential elections, and the UK shrugged off any remaining worries surrounding the Brexit decision.

Following its January fall the Eurostoxx50 in mainland Europe regained some momentum in the month, lifting 2.75% to 3,319.61 to register an overall marginal improvement of 0.88% since the New Year. The Japanese market, as covered by the Nikkei225 index, remained effectively flat at 19,118.99, for a very modest gain of 0.41% and pretty static for the year at up 0.02%.

On the foreign exchanges, Sterling slipped against the US Dollar, losing 2 cents to $1.24, but again remained flat against the euro at €1.17 for the second month running. The euro currency also fell slightly against the Greenback to close at $1.06.

Gold saw strong investor demand in February reinforcing January’s rise by another 3.1% to $1,247.86 a troy ounce. The precious metal has recorded an 8.42% price rise since the turn of the year.

‘Black Gold’, oil, slipped a fraction more in February losing just 11 cents, to close out at $55.59 a barrel, as measured by the Brent Crude benchmark.

The latest figures from the ONS reveal that the UK saw inflation, as measured by the Consumer Prices Index (CPI), rise to 1.8% for the year to the end of January 2017. This is an increase from the previous recorded level of 1.6% in the year to December 2016 and now sees inflation at its highest level seen since June 2014.

Most of the rise recorded was as a result of an increase in the cost of food and motor fuel. According to the RAC, fuel prices hit a two year high in early February. These rises were, to some extent, offset by the fact that the cost of footwear and clothing fell by more than in the previous year’s figures.

The CPIH, an additional measure of consumer price inflation, which includes a measure of owner occupiers’ housing costs, was slightly higher at 2.0%, which is also still within the Bank of England’s target range for inflation across the country in the near term, as stated by Governor Mark Carney.

At the same time, the ONS stated that the wider Retail Prices Index (RPI), which is no longer recognised as a ‘National Statistic’, rose to 2.6%, up 0.1% from the previous month.

The average earnings figures across the UK – also released by the ONS – show that they fell marginally by 0.4% from the previous month, to now sit at £507 a week. However, it should be noted that in the greater scheme of things, average wages have improved overall by 2.6% over the past year.

INCREASE IN “PRIVILEGED” AMONGST THE SELF-EMPLOYED

In today’s economic climate, it is interesting to note that many people are now aspiring to self-employment rather than the traditional employed route. Echoing this fact is a recent report from the economic think tank the Resolution Foundation, who have undertaken some interesting research on the subject.

It is estimated that there are currently about five million self-employed people in the UK. The research found that 57% of the increased number of self-employed people were “privileged”, i.e. people with good educational qualifications. Areas including the health services, management consultancy, law, and accountancy, are just some of the business sectors represented.

Those who are self-employed are typically earning more than the average worker across the UK, with incomes between £45,000 and £65,000per year.

They add that there are also many low earners in the sector, particularly agency workers (approximately 850,000), those on zero-hours contracts (of which there are estimated to be just short of one million people), and those in the so-called “gig economy”, such as delivery drivers and Uber taxi drivers.

Explaining their findings in more detail, a spokesperson of the Resolution Foundation, Adam Corlett, was quoted as saying: “Rising self-employment has been the biggest jobs story of the last decade”.

Before going on to add that: “This growth has been controversial at times, with several companies finding themselves in court as workers try to address the insecurity that often comes with self-employment.

“But behind the headlines the real recent growth area for the self-employed has been in lucrative sectors such as advertising and banking.”

It is important to take professional advice before making any decision relating to your personal finances. Information within this document is based on our current understanding and can be subject to change without notice and the accuracy and completeness of the information cannot be guaranteed. It does not provide individual tailored investment advice and is for guidance only. Some rules may vary in different parts of the UK. We cannot assume legal liability for any errors or omissions it might contain. Levels and bases of, and reliefs from, taxation are those currently applying or proposed and are subject to change; their value depends on the individual circumstances of the investor. No part of this document may be reproduced in any manner without prior permission.

THE RESULT IS IN After seven weeks of campaigning and two electioneering suspensions, due to the… 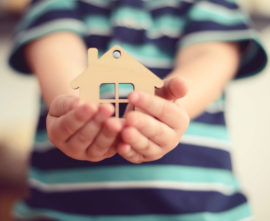 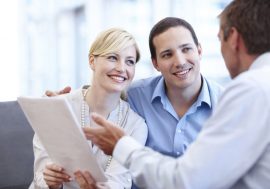